What is Crypto Currency ?

Do you know what is Crypto Currency ?

Cryptocurrency is a type of digital currency that uses encryption techniques to restrict its use and also create its release. This is a fiat currency, like the yen, euro, and US dollar. There is no government, bank, or centralised financial authority that controls or regulates cryptocurrency.

It is dependent on internet power to ensure the value and to authenticate transactions. Each transaction is verified by network users and kept as a public record. As a result, the coin or digital currency is not spent twice. The blockchain is a digital public ledger that contains recorded transactions, and it is used to store bitcoin. As a result, the data is stored in the network in such a way that it is not easily accessible to hackers or any central failure.

Each set of records on the blockchain is referred to as a block, and each blog is added to the blockchain as it is submitted to the network as a successful transfer, signalling that once validated, the blocks remain unmodified.

What is the Importance of Cryptocurrency?

Cryptocurrencies such as Bitcoin are seen as the currency of the future, and supporters are rushing to purchase them now, surely before they become more valuable. Some proponents prefer the idea that bitcoin removes central banks from managing the money supply because these banks tend to devalue money over time through inflation.

Others like the blockchain technology that underpins cryptocurrencies because it is a decentralised processing and tracking system that can be more secure than conventional payment methods.

Cryptocurrency; Legal or Not? 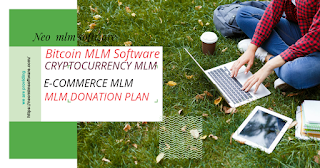